I wanted to wish everyone a very Merry Christmas and a safe New Year.

As I entered Texas, it started to snow.  I stopped at Denny's in Amarillo Texas and by the time I was finished eating, the snow was about 2 inches.

Please visit my Facebook page, Facebook.com/LifeCoachMedia for up to date information on the 2013 Life Coach  Tour. 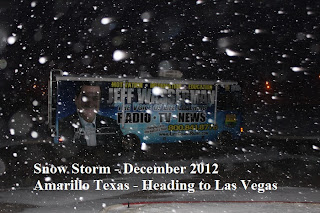 If you travel north or south on I-75 through south Georgia, you are sure to see Jeff Wasserman's new billboards promoting Life Coaching.

The theme is Call, Ask and Listen to Jeff. 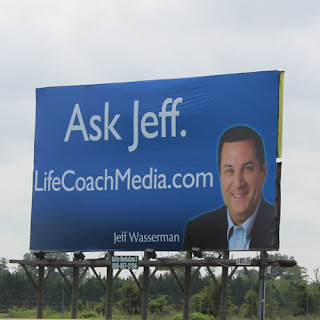 Jeff is promoting his internet radio show, Life Coach Radio Show.  The new billboards have caught the attention of several people who are starting to recognize Jeff as the Voice of Life Coaching. 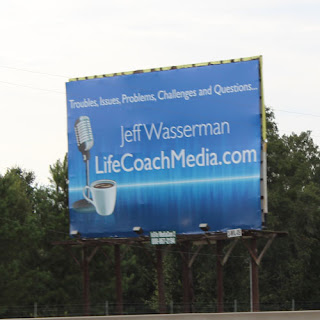 Jeff's other boards all have a message.  This board connects Jeff, Life Coaching and the microphone represent the radio show.  Jeff will help you deal with issues, troubles, problems, challenges and questions.  As the new Merriam Webster Dictionary states, Life Coaches are advisers who helps people make decisions, set and reach goals and deal with problems. 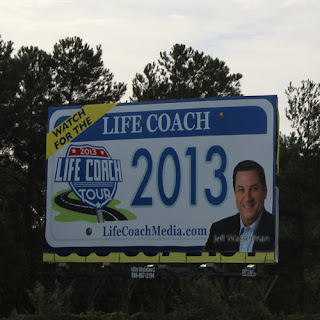 Life Coach added to the dictionary in 2012

Life Coaching has been around for about 25 years.  More and more I see the word Life Coach used in the media, advertising and in modern day conversations.

An interesting dispute has been taking place for the past 10 years in the Life Coach profession.  Before the ICF, ( international coaching federation) appointed themselves as the "authority" for the coaching profession, Life Coaches helped people make decisions, set and reach goals and handle problems.

For fear of being classified as a therapist without a license, the ICF determined that coaches will not give advice and this will become the distinction between a Life Coach and a therapist.

With the power and funding behind them, the ICF has taken on a monumental task of creating an "authority" over the profession and lay the groundwork for another regulated profession, exactly like the NCTMB did with massage therapy.  First the NCTMB lobby states to enact a strict regulation and state licensing and you guessed it, the NCTMB offers the testing for a fee.

The ICF is now doing the same thing, almost step by step.  I know coaches who have been coaching for years, have large practices and are not "certified" by the ICF, and they do not follow the ICF regulations.

I remember one time when I had my radio program on WGUN 1010 AM here in Atlanta back in 2003 - 2004, I asked a few local coaches to come on my program.  Some said they would not be able to appear on my show, because they are ICF coaches and I "advise" people on the air.

: an advisor who helps people make decisions, set and reach goals, or deal with problems
I am not sure how the ICF will officially react to this definition, but I noticed on line several comments from ICF coaches who find fault with the definition of a Life Coach in the new dictionary.
Until such time as the government recognizes the ICF as the "authority" over the profession, I guess we will have to use the definition in the Merriam Webster Dictionary.
Funny thing about the massage therapy profession, in 2007, a new association was formed, the Federation of State Massage Therapy Boards.  They also issue testing which is used for testing purposes.
Posted by Unknown at 3:57 PM 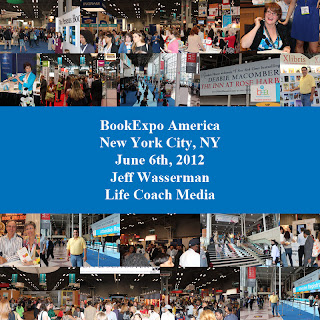 ﻿
Last week I was in New York and attended BookExpo America. This is the largest book expo of it’s kind. Each year that I attend, it seems like more and more authors are attending these shows. When I speak to groups I am often asked about book publishing, self-publishing and e-books. I always give the same advice, every time I am asked.
Today there are more opportunities than ever to publish your own book. If you have something to say, you should write a book, it is a great learning experience and helps you clarify your ideas and thoughts, just like journaling.
Having said that, writing the book is the easy part. Once you write the book, if you think the large publishing houses will listen, give you the time or day or be interested, your dreaming, unless you are in the news, famous or a politician. If your famous, they will seek you out, otherwise you will need to sell them on the idea.
Marketing your new book, trying to get a publisher to look at your manuscript is the most difficult part. If you are determined or have a unique marketing plan, you will succeed and you will feel a special satisfaction, but it takes a lot of hard work.
﻿
Posted by Unknown at 11:59 AM 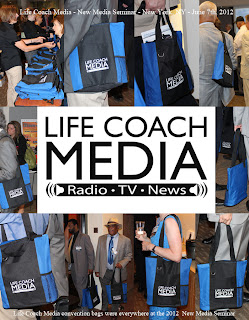 On Thursday, June 7th Jeff Wasserman attended the New York Talkers Conference, currently known as the New Media Seminar. As Michael Harrison, founder of Talkers, New Media is now old. When Jeff started in the media business, everything was print, audio and film. Several years ago, the digital age came about. Today, everything is digital and on line. The word Radio is slowly being replaced by Media and Talk Radio is now referred to Talk Broadcasting or Talk Media.

The best part of the Talkers Conferences is the time set aside to meet and greet, to visit with old friends in the business and meet new ones. Talkers is hosting a west coast event in October in Los Angeles and Jeff will be there. 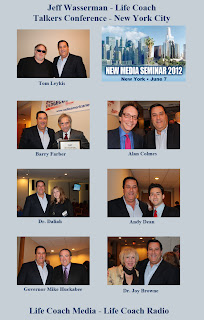 Jeff Wasserman is making plans for the 2013 Life Coach Tour.  We are currently looking for Life Coaches who are interested in teaming up with Jeff to create live events.

If you are a Life Coach and your interested in helping create a live event in your community, please call Jeff at 1-800-841-8776. 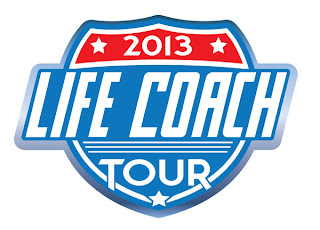 The 2011-2012 Life Coach Road Trip has traveled over 5,000 miles since leaving Dahlonega Georgia in August 2011.  The road trip has traveled to Las Vegas, on to Los Angeles and is currently in Tuscaloosa Alabama, heading back to Dahlonega Georgia.  The Life Coach Road Trip will be heading to Florida in March and up the eastern seaboard in September. 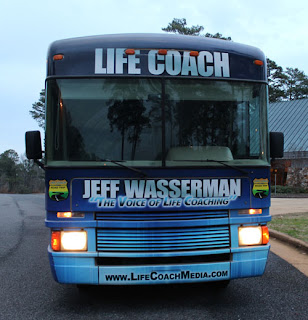