The 2011 Life Coach Road Trip started out in Dahlonega Georgia.  Jeff Wasserman started out on the Life Coach Bus on August 22nd and headed west.  In October 2011, Jeff spent three weeks in Southern California.  Jeff met with people who could use some coaching.

Jeff shared his ideas, understandings and philosphys on life.  Jeff shared how coaching can change your life. 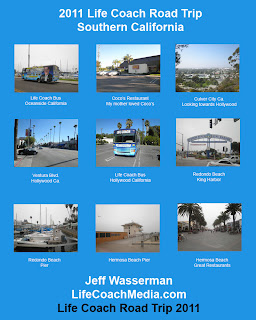 If you are interested in learning more about the 2011-2012 Life Coach Road Trip, please visit http://www.lifecoachmedia.com/.

Jeff Wasserman attended the 2011 Talkers Southern California Regional Forum for talk media industry guests.  The event was amazing, Mayor Antonio Villaraigosa of Los Angeles spoke on the success of Los Angeles in the past few years.  Larry King shared some great stories about his early days in radio and Bill Handle of KFI shared some stories about the future of talk radio.

As expected, the conference was centered around networking and eating, breakfast and lunch was provided by The Original Bagel Company.

Newcomer Andy Dean with Premiere Networks, shared a few remarks and surprised the audience.  Andy was attempting to do comedy and be funny, but his jokes did not go over well with the audience.  Norm Pattiz, founder of Westwood One and now the CEO of Courtside Entertainment spoke about his early years in radio and the success of Westwood One.

A special Thank You to Michael Harrison of Talkers Magazine.  Michael along with his wife, son and staff did a great job putting this event together.  Michael believes local, low cost, regional forums will be the way of the future and I must agree, the day of the 3 day, national conventions are on the way out.

This event cost guests, nothing other than their time. This is sure to be the future of regional conferences. 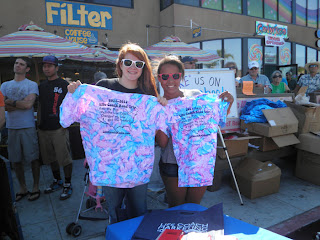 Everyone had a great time.  If you would like to listen to Jeff's interviews
please visit http://www.lifecoachradio.com/ or Facebook.com/LifeCoachMedia